What to do with Leftover Money 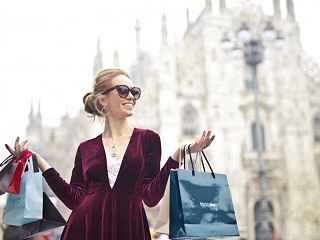 This isn’t a problem most people usually have. But you may have found that, due to lockdown, you are spending less than usual.

It is one of those “I’d-love-to-have-your-problem” problems. Which is fair - not having not enough money is definitely worse. That doesn’t mean that ending up with letfover money isn’t a problem.

How Leftover Money can be a Problem

The problem is what I call the “Yay-I’ve-Won-Lotto” effect. I’m sure you know the stories of people who win Lotto, and then a short time later, are back in debt again.

It’s a known thing with larger-than-we-normally-have lumps of money. Freedom! Finally, we don’t need to be careful of our spending, we can spend without worry. We can buy everything! And even give some away. And so, it all goes. More than all of it. Back in debt again. Sigh.

How do you avoid the “Yay-I’ve-Won-Lotto” effect?

Firstly, not all of money in your bank account is leftover money. Some of it is delayed spending. If you stayed home, and didn’t put petrol in the car, that’s leftover money – it’s available to spend on anything. But if the car was due for a service that didn’t happen because of the lockdown, that’s delayed spending. You still need to get the car serviced, just later than originally planned.

Get clear on how much of the money left in your account today is already spoken for tomorrow. Now you can focus on how much you really have left.

There are only four things you can do with your windfall money: save it, pay off debt, spend it or give it away You don’t have to choose just one of those. Personally, I like the idea of splitting leftover money into four – to take care of your past (debt), present (spend) and future (save), plus take care of others (give away). The split doesn’t have to be even.

Almost always a good idea, psychologically and financially. Throw some at your debt - either get rid of the little, irritating ones, (if you hate having lots of debts to keep track of and want to cross something completely off your list) or put it towards the one with the highest interest (if it makes you happy to be as efficient as possible).

If you don’t have any savings, don’t put all your leftover money into paying off debt. Save some, so that you don’t have to increase your debt in the future when the car breaks down / cat needs to go to the vet / child needs something expensive. You’ll never get out of debt permanently if it’s your only option for large expenses.

Saving money is a powerful act of self-care. It says that your needs and wants matter. It’s you putting your own oxygen mask on first, before helping others. If you’re not used to having savings, or prioritising yourself, it will likely feel weird. You may feel strongly compelled to spend it or give it away until you’re back to how things normally are. Breathe. Revisit the self-care step, especially communication.

Don’t just save for a “rainy day.” Be specific. Are you saving for:

. A large cost you know will hit you in the near future? . A safety net, in case your income is cut? . The first step towards something big, like a car or a house or a holiday?

Hint: don’t save for the last one if you don’t have savings for the first two. It’s so depressing to be dreaming of that holiday, and then have to give it up for a car repair or dental bill.

Is it wrong to spend any of it? I don’t think so. If you have clarity, then this what my mentor calls “Do-No-Harm” spending. That’s the brilliant kind of spending – when you know you can totally afford what you’re buying.

Before you rush online and buy something gorgeous, or delicious, (or both) consider the things that have been bothering you for ages. If there’s something in your life that will take money to fix, that’s been like a stone in your shoe every time you think of it or see it, then spend the money on that. Even if it is totally boring, I know – you want to spend this fun money on fun stuff! But honest to God, nothing is better than getting that stone out of your shoe.

If you’ve got more money left over than you usually have, then you’re one of the fortunate ones. Pick a charity that does the good that you want to see in the world, and give them a percentage of your money.